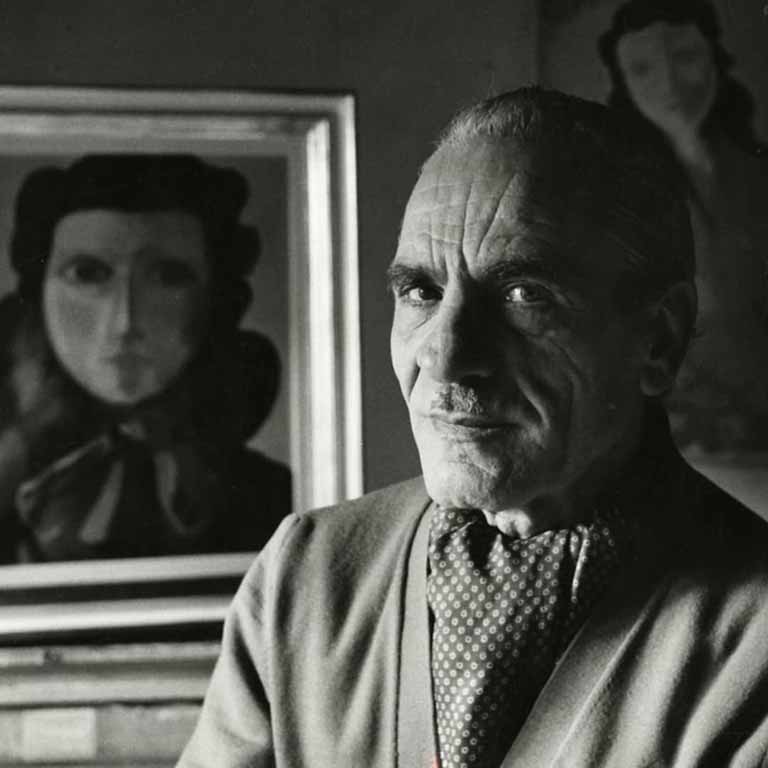 «The big trees are witnesses of heaven and earth, powerful and not overbearing towards the little plants.»

«I see the Marche region as the quietest and the furthest from the worries of life today; as the oldest and most future region, perhaps the region that preserves natural laws, undisturbed, waiting for a new destiny. In fact, I believe that the living quietness of the Marche region awaits its time to go beyond its limits. [...] I go there to deal with the big trees, children of a nature that has a balanced beauty, neither harsh nor sweet. And I could not set aside those trees for other trees: they are the object that fondly moves me to a new action that is opposite and equal to previous actions».

Son of a sculptor and poet, Virgilio Guidi attends the workshop of the restorer and decorator Capranesi. He is also a pupil of Sartorio. His first compositions date back to 1912 and study the complex relationship between light, colour and space, the common thread of his pictorial production. From the 1920s, he begins to exhibit his works at La Biennale di Venezia and becomes popular with Il tram (The tram).
In the 1930s, he takes part in the intellectual circles of Milan, Rome and Florence. In Rome, he often meets with famous scholars and artists, including the poet Cardarelli. He spends a period in France during which he focuses on impressionistic techniques and studies Goethe’s theory of colours, the starting point for exploring abstract figuration.
He begins to write poetry in the 1940s. His artistic contributions will lead him to be awarded the gold medal of merits for culture and art from the President of the Italian Republic in 1961.
He dedicates the decades of ‘40s and ‘50s to the study of light. His major cycles are the result of a long search for unity in the multiplicity of figurative solutions and the response to his desire to never be satisfied. Visite (Visits), Marine (Marines), Figure nello spazio (Figures in space), Cielo antico (Ancient sky), Angoscie (Angsts), Giudizi (Judgements), Tumulti (Riots), Riflessioni del tempo (Reflecting upon time) and Architetture umane (Human Architectures). In the following decade, starting with Architetture cosmiche (Cosmic Architectures), Guidi interrupts the study of figurative art. The stylized representation of the figure, influenced by pop art, returns in the ‘70s with Occhi (Eyes) and Prigioniera (Prisoner).
On the 25th of June 1972, Guidi brings his poetry and paintings to the celebrations in honour of Leopardi in Recanati. During his stay, he is a guest at Villa Quiete. Impressed by the silent majesty of the centuries-old park, he dedicates one of his last cycles of paintings to big trees, I Grandi Alberi. Again, light, space and colour are the protagonists of these paintings, although the trees that occupy the entire canvas have very few naturalistic features.
Other remarkable cycles of paintings are Geometrie spaziali (Spatial geometries), Incontri (Encounters), Figure agitate (Agitated figures), with which the artist reaches the chromatic synthesis of white on white. The last eloquent pictorial cycle dates back to 1983, L’uomo e il cielo (Man and the sky), a year before his death. 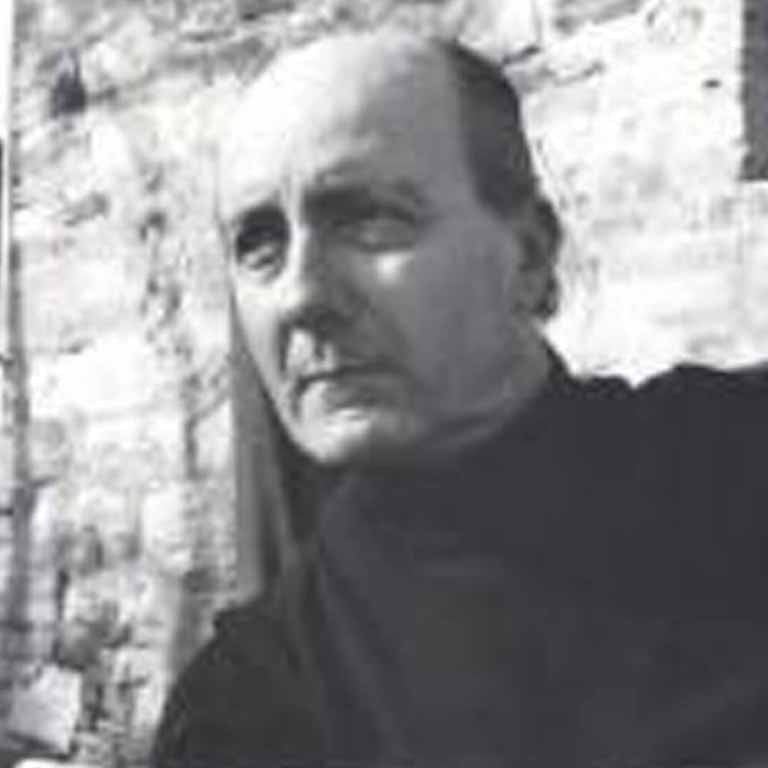 «Meeting Picasso was the greatest painting lesson I have ever had» (P. Artias)

«Many make paintings, few make Art, and you, Artias, are with us» (P. Picasso)

After training in fabric decoration craft workshops, Artias starts painting as a self-taught artist in the 1930s. His artistic vein undergoes a revolution when his master Picasso encourages him to experiment with painting on surfaces other than canvas and paper. So, first in France and then in Italy, he passionately expresses his emotions on vases, plates and jugs, through irregular shapes, fast and generous brushstrokes of bright colours. Among his major cycles of paintings, The royal family, The faces, The scalloped faces, The nudes, The street.
He explores the themes of landscape, nudes and nude-landscape to merge the flux of nature with the humankind in motion. In the 1970s and1980s, he experiments with the technique of flat colours, "the search for balance between form and colour". The bursting force of his art lives in museums all over the world.
Since 1976 Artias spends long periods in Italy, "land of the fathers of art". Attracted by the architectural beauty and paintings of the fifteenth century, he dedicates some of his works to Italian landscapes, collected in the cycles The Beaches and Landscapes. In the cycle Geotema, he experiments with the combinations arising when the rigor of geometry meets the emotional irrationality of female nudes.
In Italy, Artias finds the emotional climate he is looking for. He meets the passion of many art collectors and common people’s openness towards art. He lives in the Marche region for over twenty years. Villa Quiete houses a permanent exhibition of some of his paintings.